No.1 CS travel companies in Japan are JTB and Jalpak, and JAL takes over the top airline 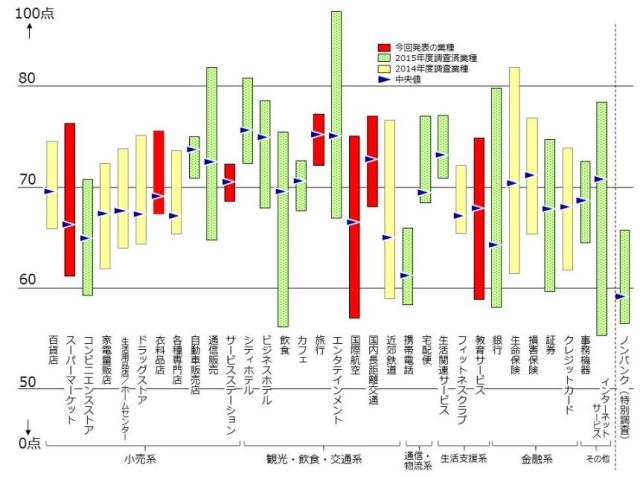 The fourth survey in FY2015 on Japanese Customer Satisfaction Index (JCSI), conducted by Service Productivity & Innovation for Growth, finds that JTB and Jalpak won the No.1 customer satisfaction travel agents on a tiebreaker. By index, JTB was No.1 in customer expectation, perceived quality and recommendation, and Jalpak was No.1 in customer satisfaction and perceived value. ANA Sales declined from No.1 in the previous survey to the third, although they won No.1 in royalty.

Among OTAs, Rakuten Travel ranked 2nd in royalty, and Rurubu Travel was within the top seven in perceived quality, customer satisfaction and recommendation. In the international airline category, JAL won the No.1 customer satisfaction airline for the first time, followed by Singapore Airlines, ANA and Thai Airways. Singapore Airlines stepped down to 2nd from the top for six years in a row. ANA won No.1 in four indexes of customer expectation, perceived quality and recommendation.

The following companies are subject to the survey:

When is a good time to see autumn leaves in Japan?