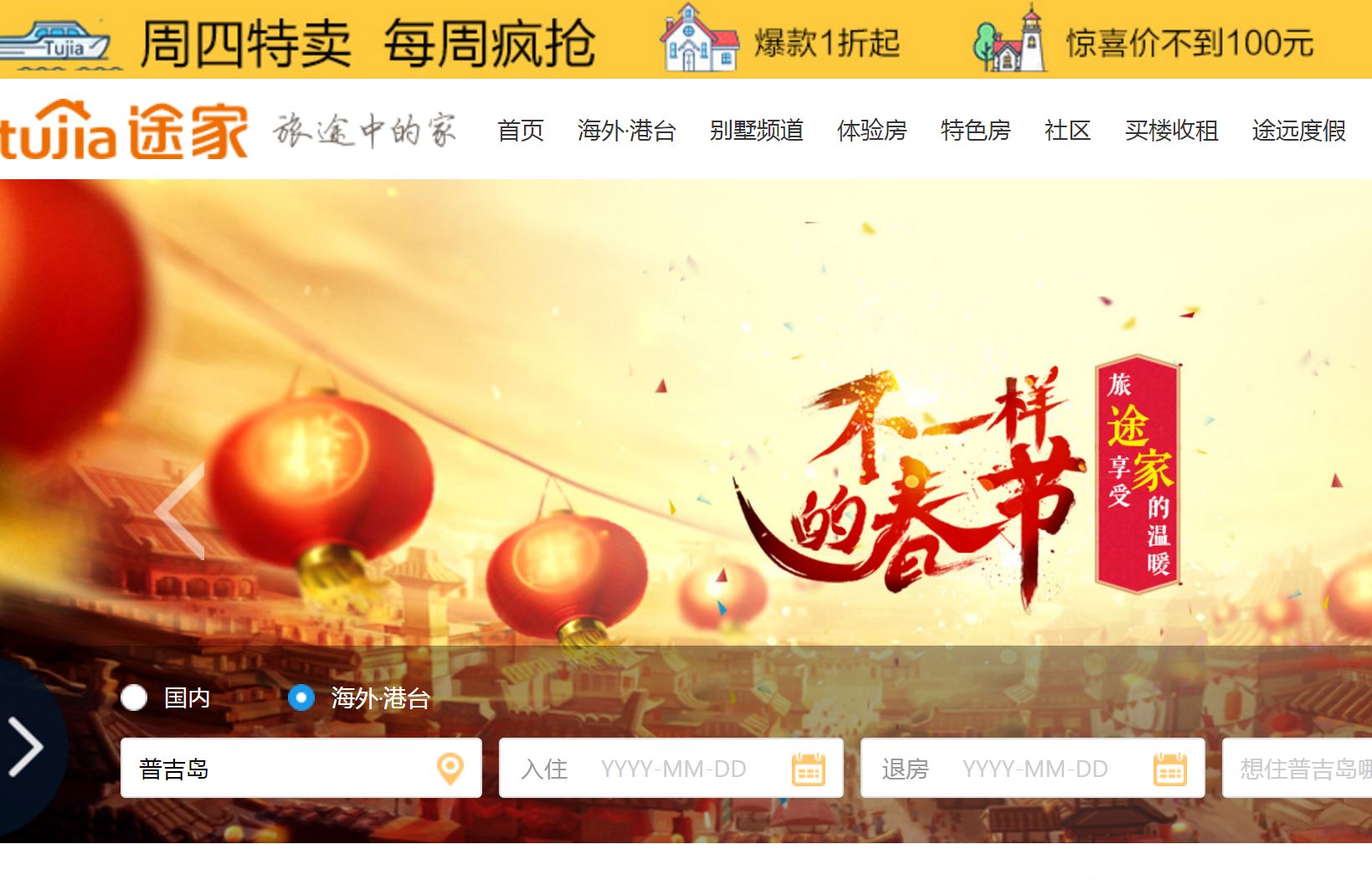 tujia, the biggest vacation rental platform in China, has begun in earnest its service in Japan to meet growing needs of Chinese travelers because a new vacation rental law is expected to come in effect in Japan in this coming spring. Launched a local company in Japan in April last year, the platform aims to increase listings to 5,000 by 2020.

tujia has provided 450,000 listing in 335 cities in China and 1,089 cities in 67 countries in the world on the smart phone app since launched in 2011. In capital partnership with Ctrip, the biggest OTA in China, it has been growing rapidly.

tujia Japan with a capital of 5 million yen will open its website in Japanese by the end of February 2017 to encourage more Japanese hosts to list their homes on the site. Agent commission is 3% of rental fee in Japan, much lower than 12% in China. tujia Japan will also provide Chinese users and Japanese hosts with a customer support service.