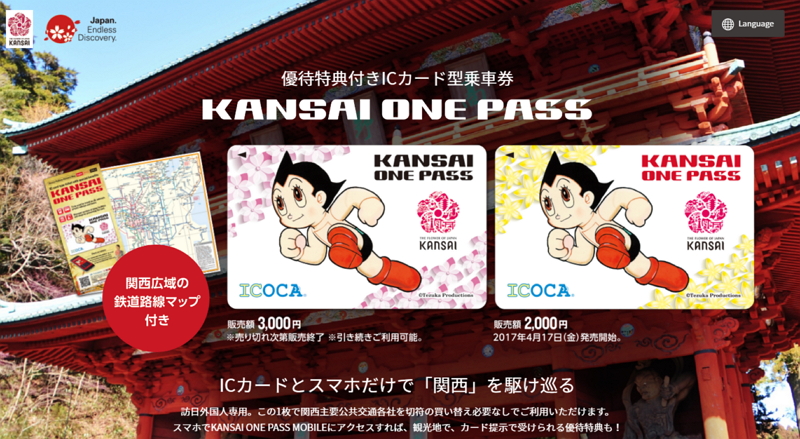 Nine railway companies in Kansai area will begin selling shared railway pass ‘KANSAI ONE PASS’ for international visitors to Japan on April 17 2017. After the official selling, the price will reduce from 3,000 JPY today to 2,000 JPY.

The pass, based on ICOCA, the JR West’s IC card, can be used for major transportations in Kansai area and benefits international visitors with discounted services for about 200 shops including shops in Kansai International Airport and tourist spots. During the demonstration period from April 2016, 50,000 or more passes were sold by the end of February 2017.

The KANSAI ONE PASS program is joined by nine railway companies of JR West, Hankyu, Hanshin, Keihan, Kintetsu, Nankai, subways in Osaka, Kobe and Kyoto and Kansai Economic Federation and Kansai International Tourism Organization. The pass is sold with railway maps at 19 major stations, and sales goal is 90,000.