TripAdvisor awards Certificate of Excellence to more than 6,500 lodgings, tourist spots and restaurants in Japan 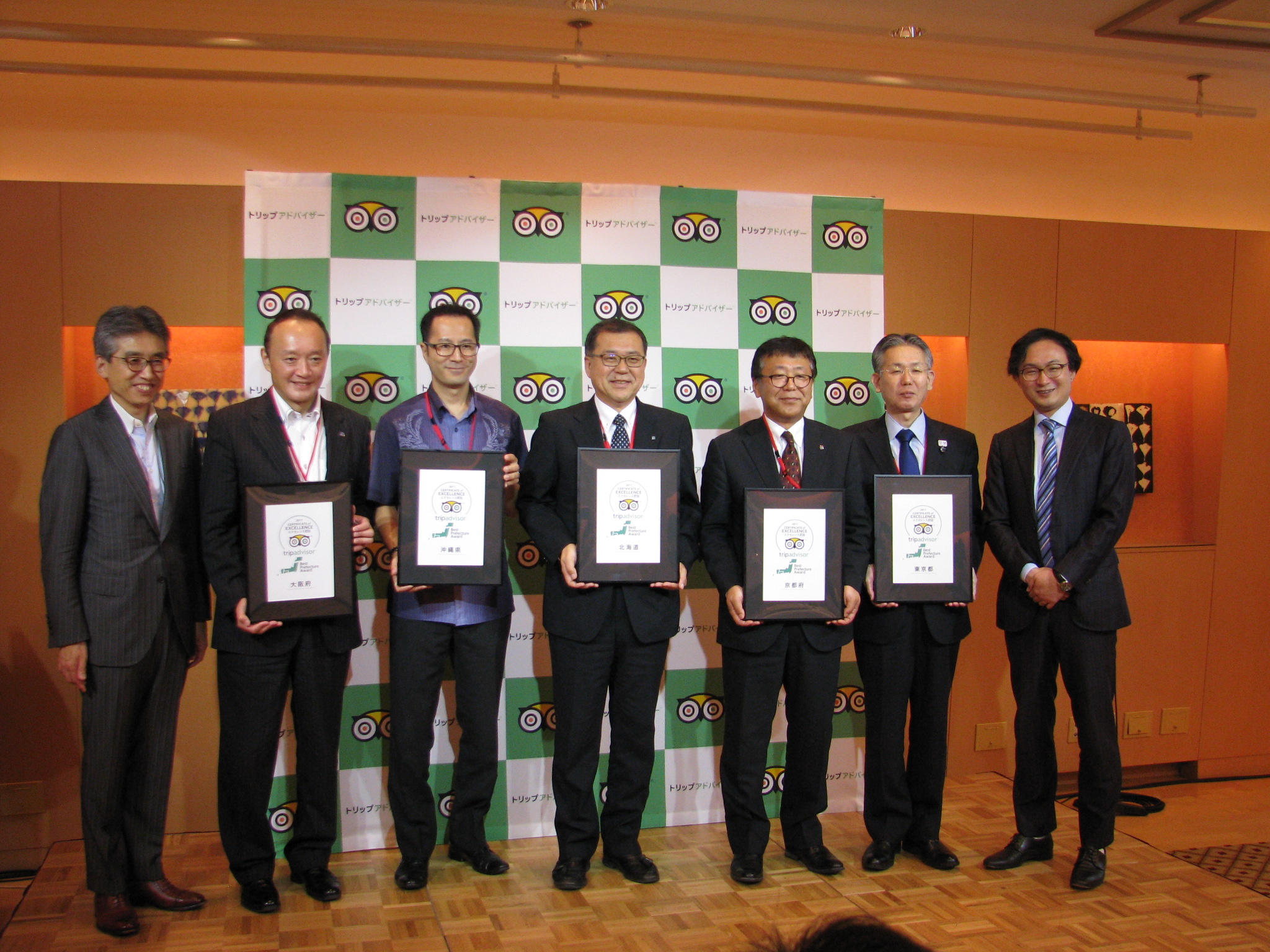 TripAdvisor awarded Certificate of Excellence 2017 to 1,846 lodgings, 2,599 tourist spots and 2,120 restaurants in Japan, which were selected based on its original algorithm for quality and quantity of words of mouth posted on the TripAdvisor site in the last year.

Out of the total of 6,565 Certificates of Excellence, about 500 more than a year earlier, the prefecture with the most certificates was Tokyo (1,236), followed by Kyoto (565) and Hokkaido (543). This year, all of 47 prefectures had the certificate.

The table below shows top 20 prefectures with Certificate of Excellence 2017:

Tomoe Makino, TripAdvisor Country Manager Japan, said that the certificate is an index based on the global common user evaluation, which gives international travelers trusts. Japan was ranked 16th globally and 4th in APAC in terms of the number of the certificates. “Japan has even more room to grow. It is, however, true that the certificate is not known well yet in Japan compared to other countries. We are trying to raise its awareness in Japan.”

JTB forecasts Japanese overseas travelers in this summer vacation period may increase by 3.4% year on year