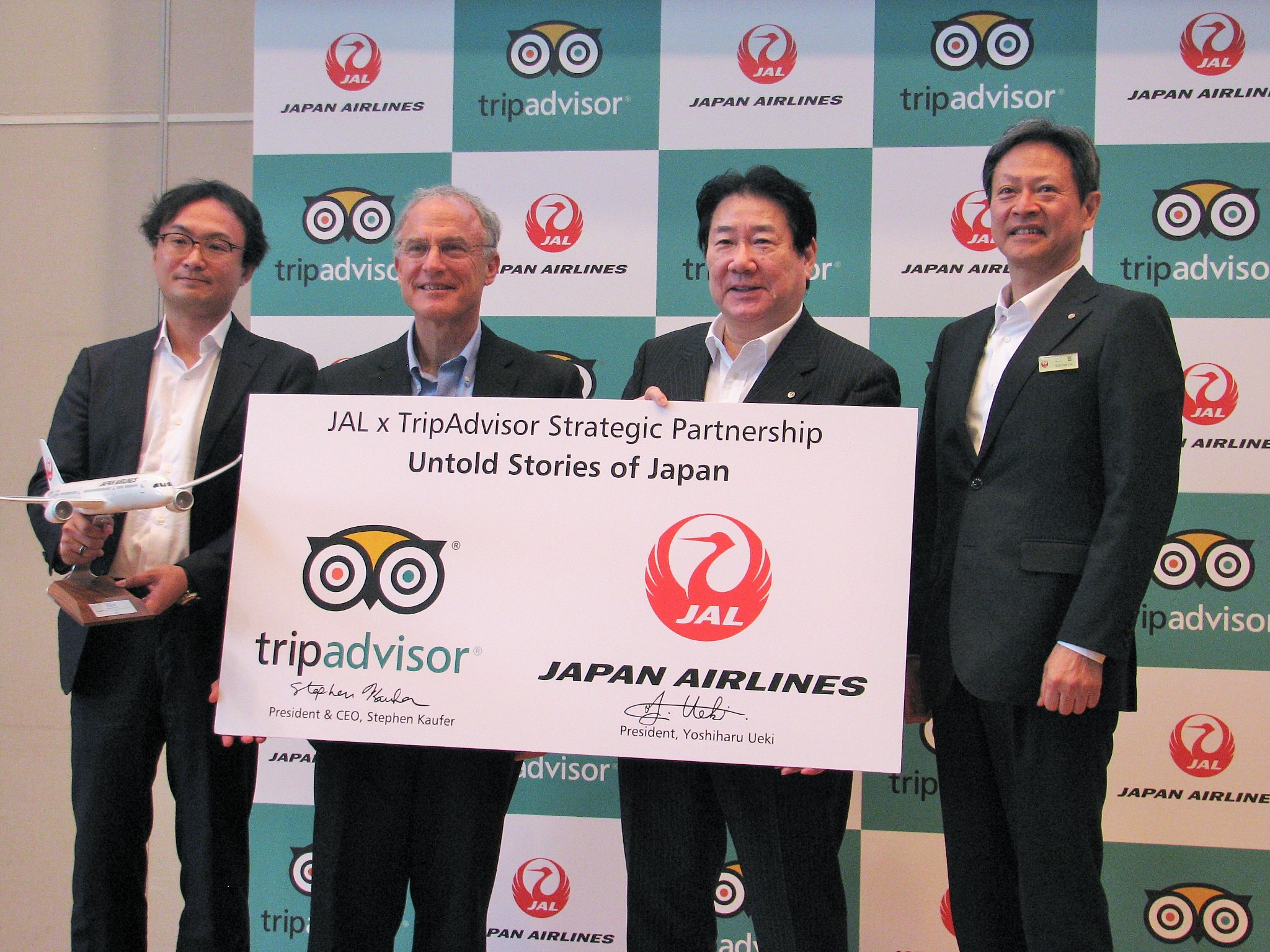 JAL and TripAdvisor announced on 11 September 2017 that they have agreed to work together in order to boost inbound tourism by international visitors coming to Japan. According to the agreement, they will jointly launch a special portal introducing Japan's tourism resources on the website of TripAdvisor.

This is the first collaboration between TripAdvisor and an airline regarding the launch of a word-of-mouth platform. The number of viewers on TripAdvisor's pages related to Japan has increased on average by 30% annually during the four past years. Stephen Kaufer, TripAdvisor's President & CEO, confidently said at a news conference that JAL is the best partner for TripAdvisor.

The special portal "Untold Stories of Japan," for which JAL provides original contests and information, will be available in English, Chinese (traditional and simplified) and Thai from mid-October 2017, focusing on the countryside rather than well-known cities like Tokyo, Osaka or Kyoto. At the launch, visual content about the Tohoku, Kyushu, Okinawa and cities near Tokyo will be provided.

Meanwhile, JAL will introduce a "JAL Japan Explorer Pass" providing special airfares to international travelers in order to increase the revenue of the domestic flight business. Yoshiharu Ueki, president of JAL, said that JAL has not provided enough information overseas about travel in Japan and that he expects this collaboration with TripAdvisor to allow JAL to reach travelers who are not interested in Japan.

The graphic below shows the collaboration scheme and content. Kaufer said that travelers getting information on TripAdvisor later return to the site to provide word of mouth.