Kyoto anticipates quick recovery of tourists in this autumn leaves season from low occupancy rate of 26.8% in August

Kyoto City Tourism Association or DMO KYOTO announced that Japanese guests in 100 hotels in Kyoto City were up 30.4% in August 2021 compared to a year ago despite the fourth declaration of a state of emergency was issued to Kyoto Prefecture. Compared to two years ago, the monthly result was still down 20.6%. 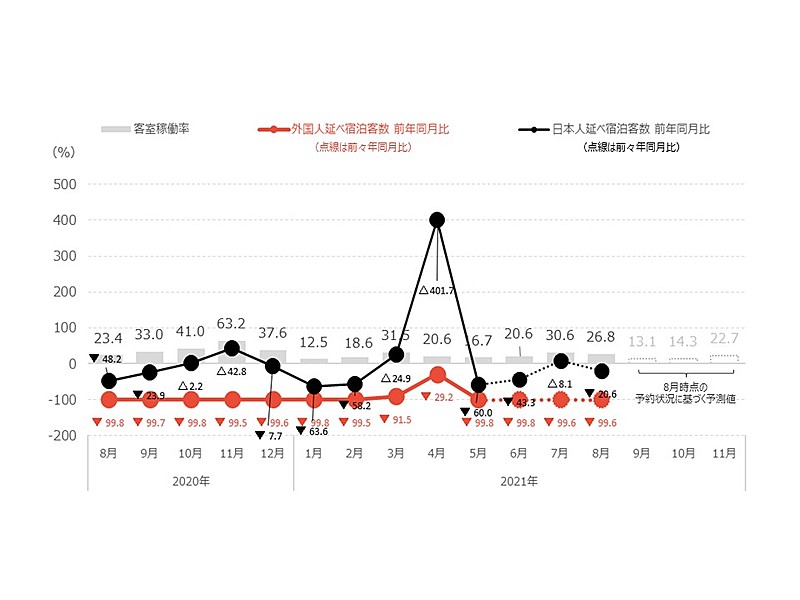 DMO KYOTO has foreseen that the occupancy rate will rise to 22.7% or maybe much higher in November, the autumn leaves month, due to ease of travel restriction between prefectures. Room prices from October to November are higher on almost all days than a year ago.

‘Adventure Travel World Summit 2023’ will be held in Hokkaido, expecting to be a chance to boost travel after COVID-19