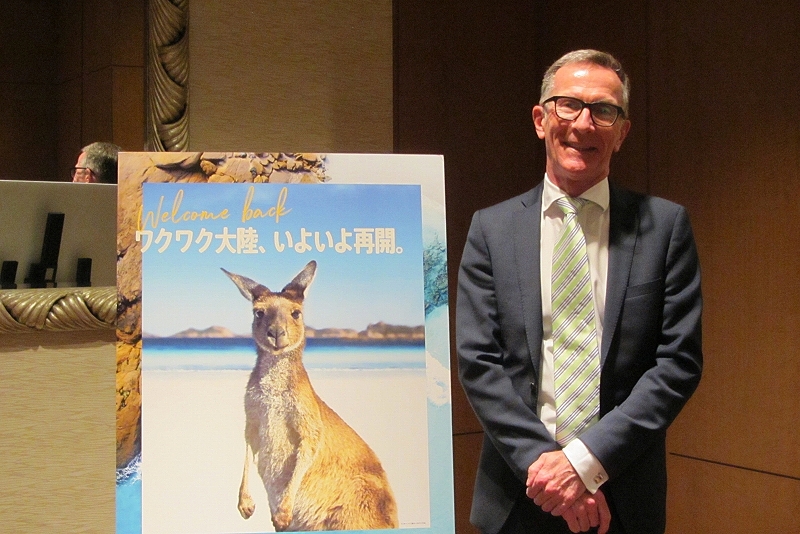 Tourism Australia (TA) has started developing a large scale of advertising campaign in Japan market since it put ads on three major newspapers on April 8 2022. In addition, TA developed ads in the trains and on large outdoor monitors in Tokyo and Osaka for a week and has strengthened digital marketing approaches on SNS and its official website.

Through a series of ad campaign, TA is noticing that Australia has already begun receiving travelers from the world without quarantine and appealing tourism attractions to be selected as the next leisure destination.

Through the campaign, TA is appealing unique local experiences in Australia including foods, sustainability and aboriginal cultures. The second phase of the campaign will be launched after May this year.

Japanese visitors to Australia had increased from about 330,000 in 2014 to about 500,000 in 2019, and Japan was the fifth largest international market, following China, U.S., U.K. and Singapore. Derek Baines, Country Manager Japan at TA, said that Japan is still one of the important markets for Australia.

Ahead of leisure travelers, Australia has started accepting working holiday travelers from Japan since November 22 2021. TA revealed that issued visas for them totaled 51,000 so far.

TA will organize a total of 13 seminars for the travel industry in five cities of Japan, focusing on leisure travel, educational travel and MICE.

Unreasonable challenges remain in entry into Japan, taking three hours to leave an airport, even though restrictions are eased

The Tokyo Chamber of Commerce and Industry requests government's initiatives for tourism recovery, including effective operation of Go To Travel