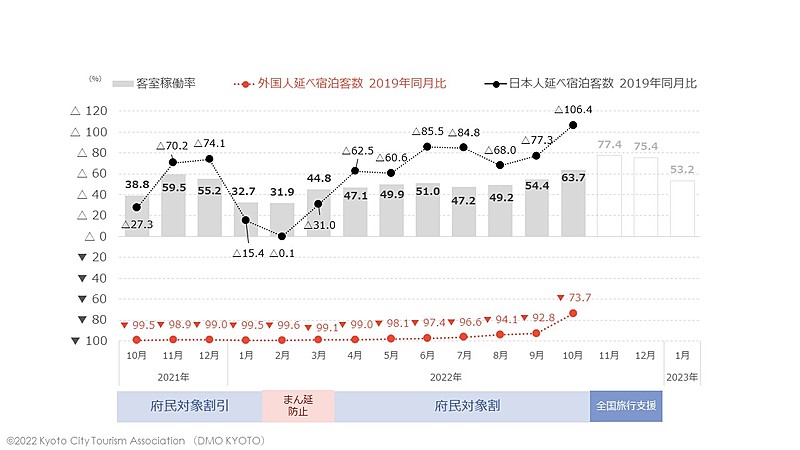 Meanwhile, the occupancy rate of 24 major ryokans in Kyoto City was 60%, 0.2 higher points than the previous month or 10 lower points than October 2019. DMO Kyoto explained that guest nights tended to be smaller than pre-pandemic because part of ryokans has limited guests per room for a reason of infection prevention.

Japanese guest nights were up 5.8% in October 2022 even compared to pre-pandemic, boosted by the travel discount program